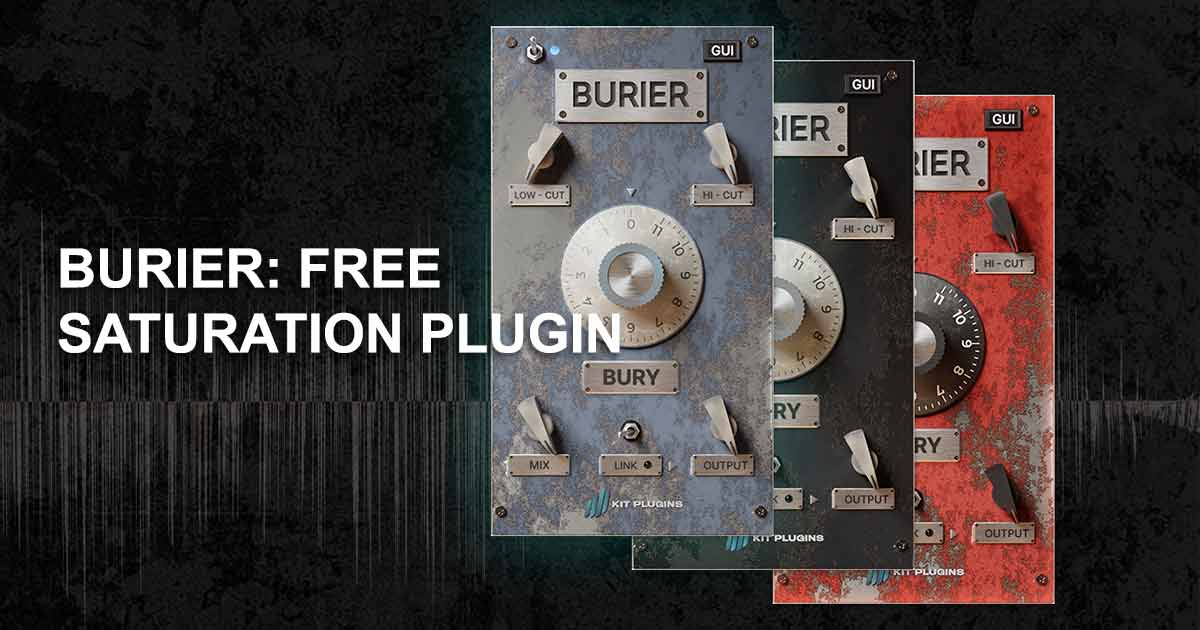 Burier is one bad*ss saturation and filter plugin for Windows & Mac users...

Burier is one bad*ss saturation and filter plugin designed to “bury” a wide array of instruments, busses, and FX. It’s equipped with a seriously savage saturation stage followed by a pair of resonant low- and high-cut filters for optimal tonal shaping. Burier also includes output attenuation and wet/dry mix controls.

The filters have a 12 dB per octave slope and are IIR (Infinite Impulse Responses) featuring a TPT (topology-preserving transform) structure. Their behavior is based on the analog SVF (state-variable filter) circuit, which is a second-order RC active filter.

Burier runs the gamut from safe, light overdrive that would make your mother proud; to hard, punchy, soul-crushing saturation that might get you evicted. Slap it on drums, bass, synths, guitars, vocals, and more!