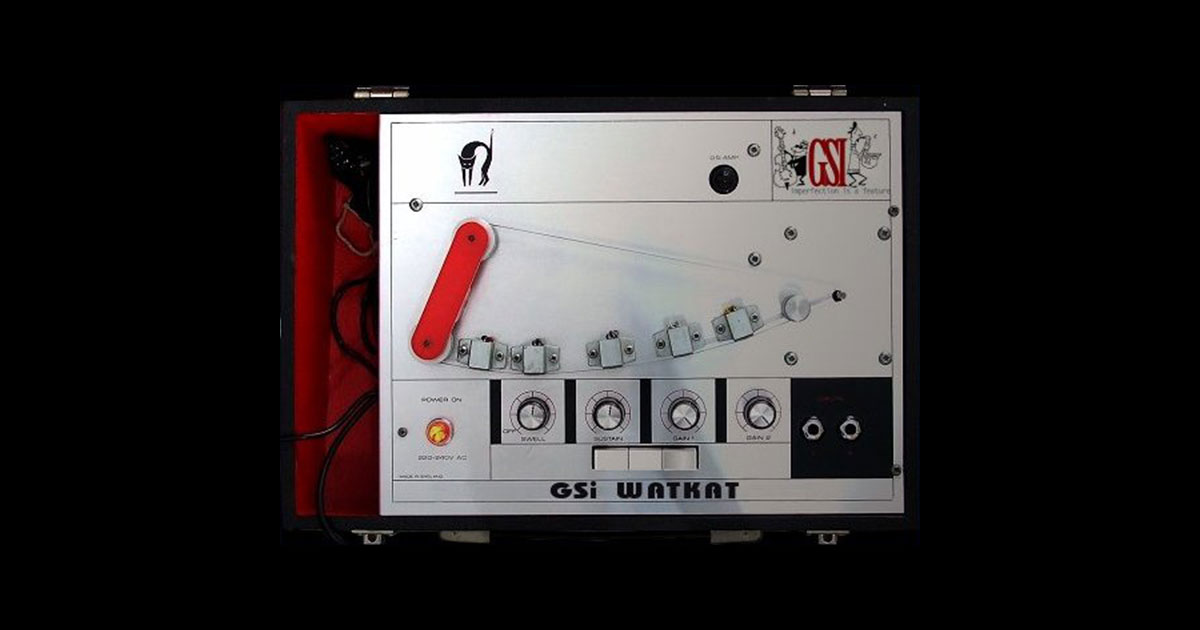 Watkat – A Tribute To Charlie Watkins

The most famous tape-echo unit in Britain, and possibly in the world...

The most famous tape-echo unit in Britain, and possibly in the world, the Copicat also happens to be the first repeat-echo machine manufactured as one compact unit. It was designed by Charlie Watkins in 1958, apparently after he heard a similar sound effect generated by two linked studio quality tape recorders for the Italian singer Marino Marini. Despite popular belief that the preceding Mk.1 and 2 Valve Copicats were the best performers, the facts are that this first departure from valves, the “CUSTOM COPICAT” was by far the more successful.

This was mainly because of its early transistor state of the art design with its greater stability and greater recording bias control. It also had, by this time, developed far superior tape transport components. This model was sold by the 100’s of 1000’s all around the world. Most of them are still running nowadays. Incredibly reliable, with its superior dynamic range (of great importance when used for voice) and vastly improved erasing circuitry its only offset was the prevailing nostalgia and love of valve circuitry. But as an Echo Unit it outshone everything else the world had to offer. Although new digital technologies have made it possible for the unique and original Copicat sounds to be emulated and actually improved upon – nothing will ever be taken from the original pioneering 1958 Copicat – which climbed the mountain first!

WatKat is a digital “clone” of a Wem Watkins “Custom” Copicat. It sounds very lo-fi, noisy, irregular. When you turn it off and leave the tape loaded, the tape bends in proximity of the capstan, and this turns into a periodic pitch fall during echo playback; plus, it gets hot and the background hum gets worse in time… you should turn it off every now and then; the tape is never completely erased, and the capstan motor flutters… and it gets worse if you touch it while it’s spinning; heads tend to get dirty very soon, in fact you should clean them often. This is true for the actual hardware unit, and for the digital simulation as well!

– Very easy to use
– Very light on CPU and memory
– Easy MIDI Learn feature
– Free for all, so the world may know how cool is a Watkins tape echo!