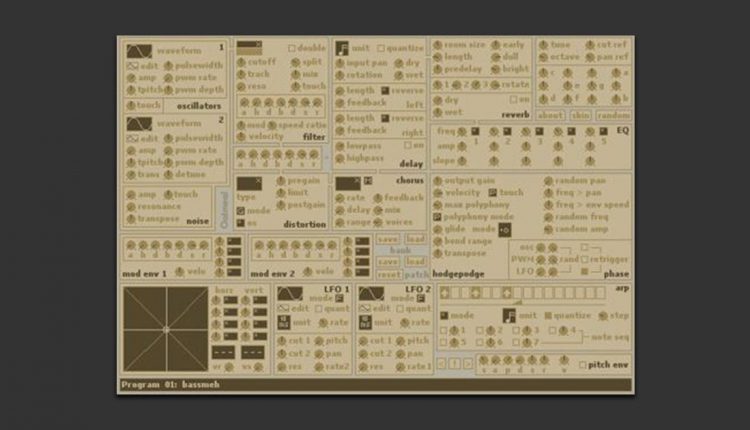 Oatmeal is a two-oscillator subtractive synth.