Guitar Gadgets is a compilation of "false" analog guitar pedal simulations made to be used mainly with electric guitars and guitar amp simulations but may sound interesting in any situation... 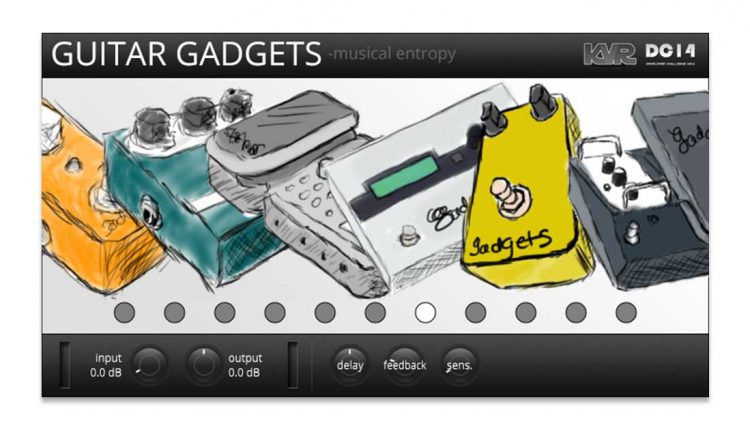 Guitar Gadgets is a compilation of “false” analog guitar pedal simulations, made to be used mainly with electric guitars and guitar amp simulations, but which may be sound interesting in any situation. The focus here wasn’t to design classic effects, but weird, strange, ugly or “different” ones instead. The effects included are the following:

There is also a surprise somewhere (see the official thread on KVR forums for that !), some shiny animations, and a lot of fun I hope. Indeed, I tried to develop effects that are really amusing to use, and give sounds you don’t often hear from your playing.

New with version 1.1.0 : now you can chain up to 4 gadgets in the same plug-in instance, and use the right click on any control to assign it to any MIDI Control Change (MIDI Learn). Moreover, you don’t need anymore to play the easter egg game to unlock the HOT switch, even if doing so is still rewarding with new pedal skins.

New with version 1.3.0 : Sideways is a new auto-swell-like effect.