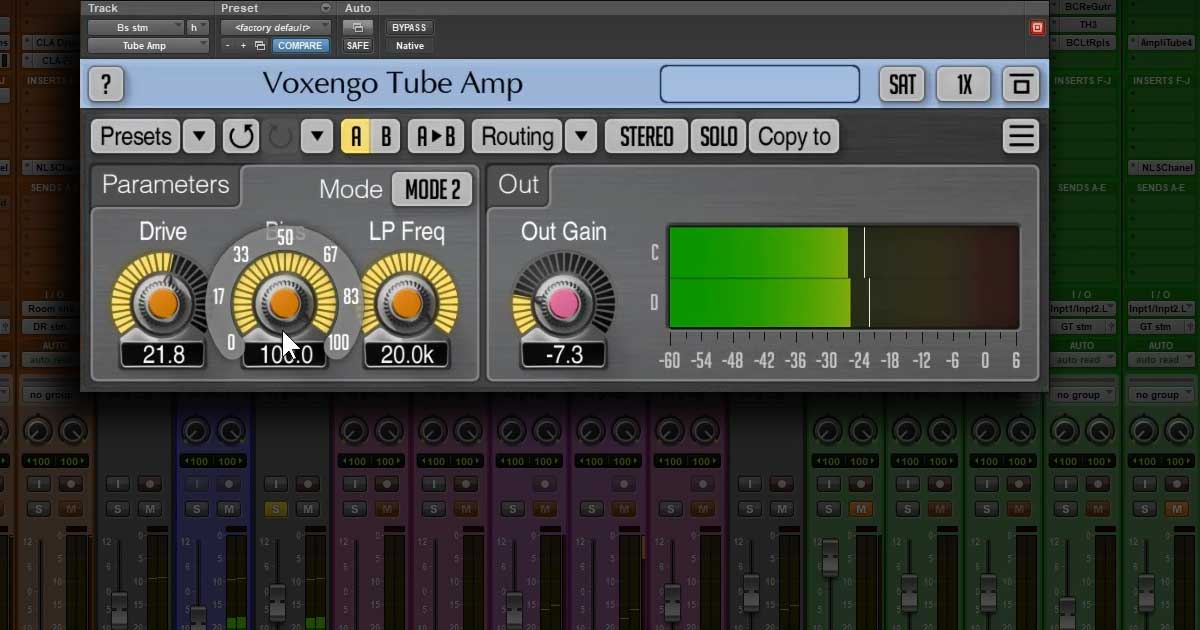 Tube Amp also includes a -6 dB/oct low-pass filter that is built-in into plugin’s tube/valve modeling equation, and can be used to imitate a lower-quality tube triode. Beside that, Tube Amp has a switchable output saturation stage which can be used to additionally overdrive the output signal.

This audio plugin can be loaded into any audio host application that conforms to the AudioUnit, AAX or VST plugin specification.

If you cannot get plugin to work on macOS, you have to logout from the system and login again, it’s a known issue not caused by plugin’s own bug.