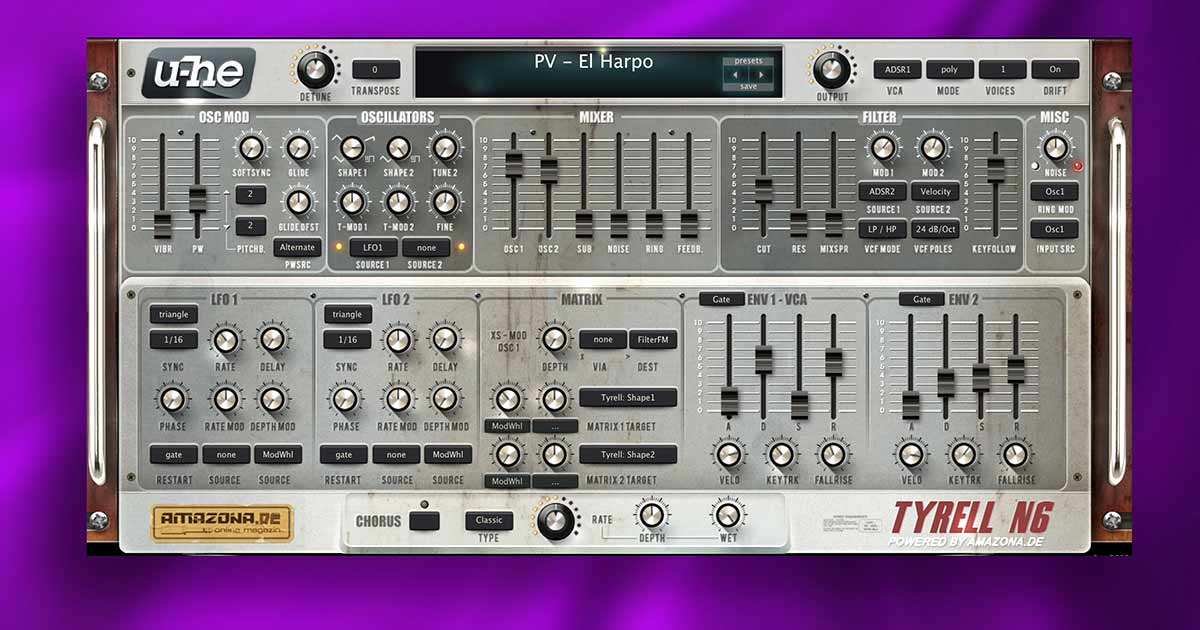 Thanks to U-He, the TYRELL N6 is now also CATALAINA-ready...

U-He has made this amazing sounding plugin together in collaboration with Amazona.de. Capable of some really great sounds this freebie sound generator definitely deserves checking out. Available on Linux, MAC and PC at no charge, head on over to amazona.de and grab it for yourself!

In order to be able to use the freeware Synth Tyrell N6, you need a host application in which you can load the plug-in, e.g. Cubase or Apple Logic. The TYRELL N6 is unfortunately not yet available as a “standalone” version, but for Linux, Win, Mac 32Bit and Mac 64Bit Catalina-ready.

Thanks to U-He, the TYRELL N6 is now also CATALAINA-ready. And of course the Win version is still available.